BLOG TOUR ~ ABOVE THE NOISE 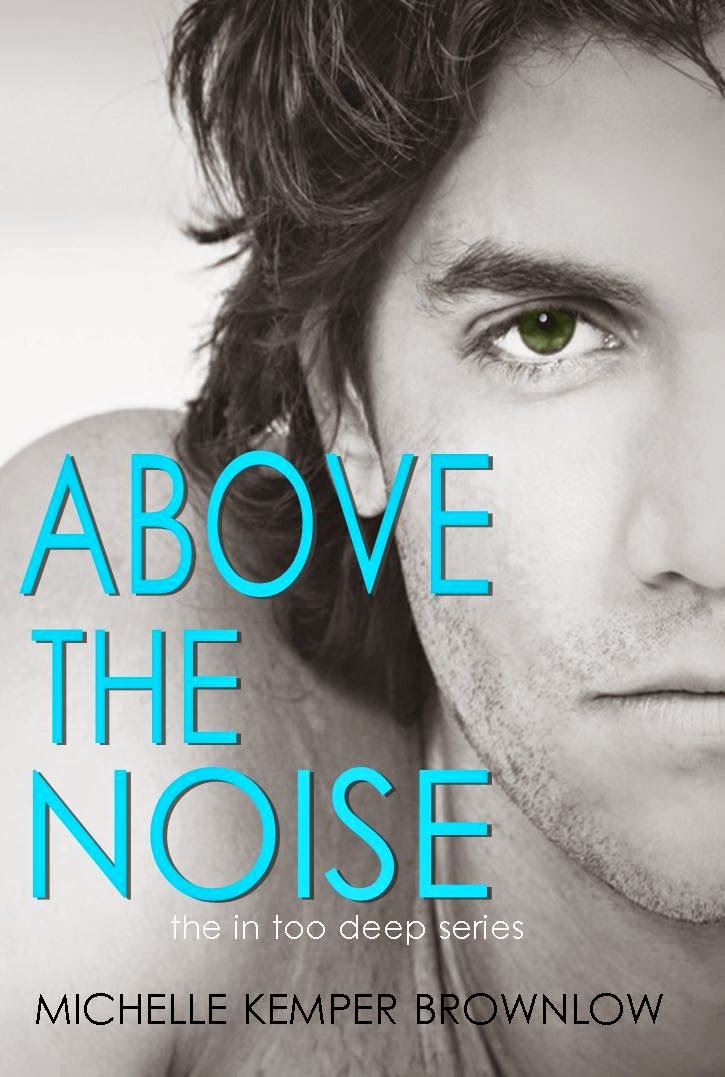 Becki Mowry’s journalism expertise keeps her busy as she spends her waking hours filling a calendar with gigs and public appearances for her boyfriend’s up and coming band, Alternate Tragedy. Radio interviews and TV spots result in sold out concerts and rowdy groupies hot for her guy; lead singer, Calon Ridge. But, as fame would have it, their time in the limelight also brings sabotage, rumors and false accusations. Becki and Calon try to stay steadfast on a personal journey that takes them to the depths of fear and uncertainty. And finally, the rug is pulled out from under the band when they must make a transition they never dreamed they’d be faced with.

In this third book of the In Too Deep series, Becki and Calon struggle to find balance as they navigate their new relationship while living amid the rock world’s nocturnal chaos. But when life’s unexpected obstacles come out of nowhere, they focus on finding their own private solace Above the Noise.

I was provided a copy of the book by the Author for an honest review.I just finish reading this book, and I love it, love the book and how it turn out to be, love the characters, I know this is part of a series but I have to be honest, I end up reading this book first, when I was half way through the book, that's when I notice that this was the third one, but its all good its just giving me a chance to read it from the begging again, I am gone keep this short since I don't want to give anything away.The story begging with Becki, she is the manager of the band Alternate Tragedy, she is the one that field out the calendar with gigs, and public appearances for the band, also for Radio interviews and TV spots result in sold out concerts, on her first day as a manager for the band, they are all at the office with the man that's gone made them more famous, but he wants them to change their image, that's when they get mad specially Calon, now Calon Is the lead singer of the band, and also Becki boyfriend, when she argue with the business man, she nail it with the speech that she gave him, the band is happy and exited, Calon and Becki are happy, but their world is bout to become more complicated, will they stay true to each other, will they fight the love that they have for each other, to survive in this rock world.I really love and enjoy reading this book, I love how Calon and Becki with each other, and love their attitude, Author Michelle Kemper Brownlow THANK YOU for this amazing book and this awesome characters love them.

“Becki! Go! I don’t want you near this!” I turned back toward Max. I’d allowed my eyes off him for way too long.

“This? What is this about, Calon?” Max was a dumbass for challenging me with semantics.

“You’re hands all over Becki. That’s what this is about, Max!” I motioned between us with my hand.

Just then the beat of “Tsunami” by Dvvbs and Borgeous bounced the floor. The music was so loud it’s all I could hear. Max’s mouth flapped, but I had no idea what he said. I didn’t need to hear anything to read his cocky swagger as he walked toward me or the two middle fingers he shot up when he got within reach. That’s when it all went down.

Max threw the first punch, seemingly in response to what he knew was coming his way. He caught me in the jaw, and I heard Becki shriek my name, but my head sprung back instantly, and my eyes locked on his. My fist connected with the side of his head right at his temple, and I felt something in my hand crack, but I felt no pain.

“Calon James! Knock it the fuck off!” Becki’s voice was garbled, like it was coming at me through liquid.

I wanted to just leave with her and keep her safe, but the cocky motherfucker in front of me needed to feel the line I was drawing in the sand. He came at me again, this time he ducked and ran straight into my chest with his head. I curled my arms under his and brought them up violently and made contact with his chest with a deep thunk. I could feel the hit reverberate through my forearms.  He staggered back, but his feet caught up with his body and he kept his footing.

“You think you’re such a fuckin’ hot shot, don’t you?” He was calling me the hot shot?

I shook out the hand that hit him, and then ran it through my hair. I shoved the other hand in the pocket of my jeans. “Are we done, Max?” I had to yell over the music, and he was less than three feet from me. I drew my line. He needed to understand his boundaries if we were going on tour together, but I didn’t need to kill him. We could be done as soon as he got the point.

“Dude, we’re done when I walk out the front door with Becki.” His lip curled when he said her name, which sent a shock through my body I’d never felt before. I could only imagine what went through his mind as her name rolled off his tongue. We weren’t done.

I lost it and caught him in the head again with my fist. No doubt, I felt that one. I took another shot and made abrupt contact with his jaw then another. Becki was yelling, but I couldn’t make sense of anything she said, the music was too loud. Someone grabbed me from behind and pulled me back. “Dude, he’s not worth it, let’s bounce. C’mon, Cal, don’t do this.” Spider, always the voice of reason.

I nodded and wrestled my arms back from him. I took a deep breath and calmly walked back over to where Max was crouched, trying to get up.

“Max, you were out of line.” I crouched down in front of him and watched him wipe the blood coming from his nose with the back of his hand. I didn’t want to apologize. I wanted to continue smashing his head with my fist, but that wasn’t how I wanted people to see me. “Stay away from her. She’s not yours to take.”

“And I’m not yours to take either!” Becki’s voice was loud and clear as the song ended. I stood and turned to her. She didn’t say another word, but her eyes said it all. I’d disappointed her. That revelation stung way worse than if she’d just punched me in the gut. 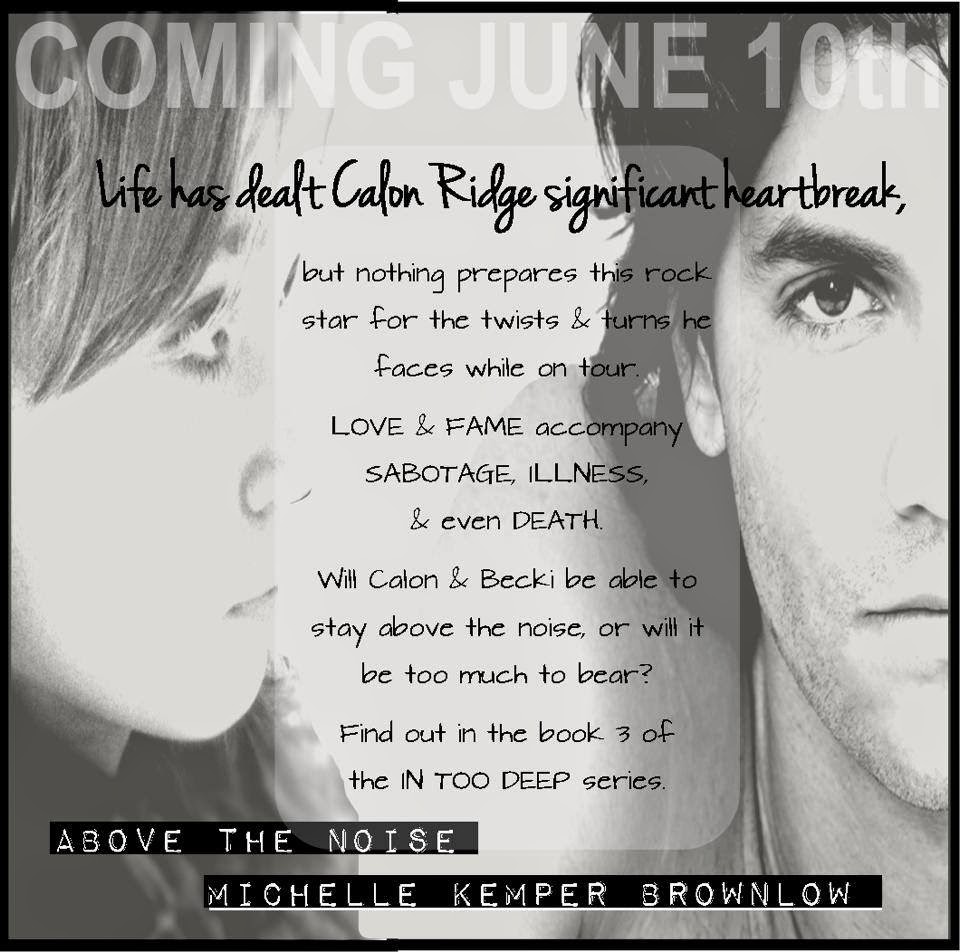 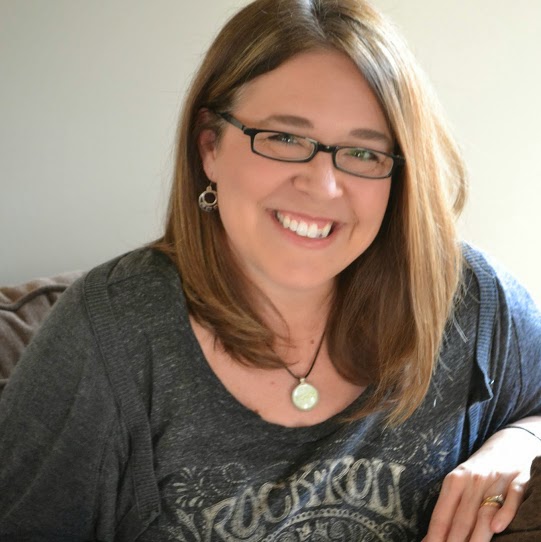 Michelle Kemper Brownlow has been a storyteller her entire life. Her debut was on the high school cheerleading bus granting requests to re-tell her most embarrassing moments for a gaggle of hysterical squadmates.

Earning her Bachelor’s degree from Penn State University in Art Education and then marrying her very own “Jake,” she moved to Binghamton, NY where she taught high school. After having two children she quit work and finished her Master’s degree in Elementary Education at Binghamton University.

The Brownlow family of four moved to Michelle’s hometown of Morgantown, PA while the children were still quite young. A few years after moving, her family grew by one when they welcomed a baby into their home through the gift of adoption. The family still resides in PA, just miles from where that high school cheer bus was parked.

Michelle has been an artist for as long as she can remember, always choosing pencils and crayons over toys and puzzles. As a freelance illustrator, her simple characters play the starring roles in numerous emergent reader books published by Reading Reading Books.