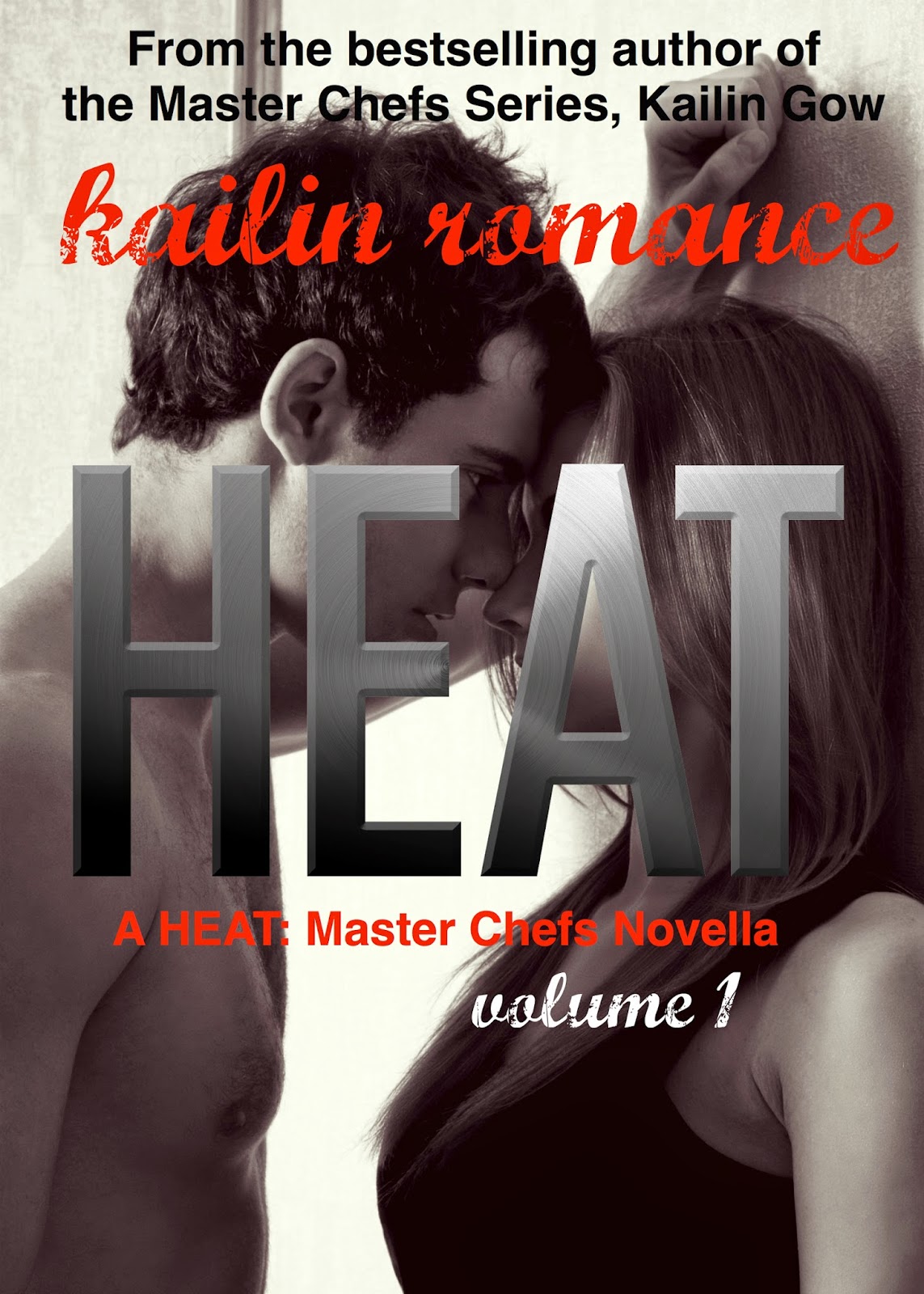 Bobby Cummings went to Paris to study at the same international culinary institute as his sister Taryn Cummings. Instead of taking it seriously as she did, he wanted to sample all the goods in Paris, especially the pretty girls there. Why not? He was 19 and the world was his oyster. He wanted to be just like Errol King, a Master Chef, who taught at the Institute and was a notorious bad boy chef.
The only thing was someone was going to walk into his life and put a wrench into his plans...someone with eyes like violets and hair like chocolate silk, and a smoldering passion that consumes him whenever they're together.
He didn't think she would be his type at all. He didn't think he would be hot for Lily, his teacher at the Culinary Institute. Now what would Taryn think? What would Errol think?
Whatever they thought...there's one thing he knew for certain, things with Lily and at the Institute had just gotten heated.
This is a 4 book serial.
Purchase on Amazon: http://bit.ly/HeatAmazon 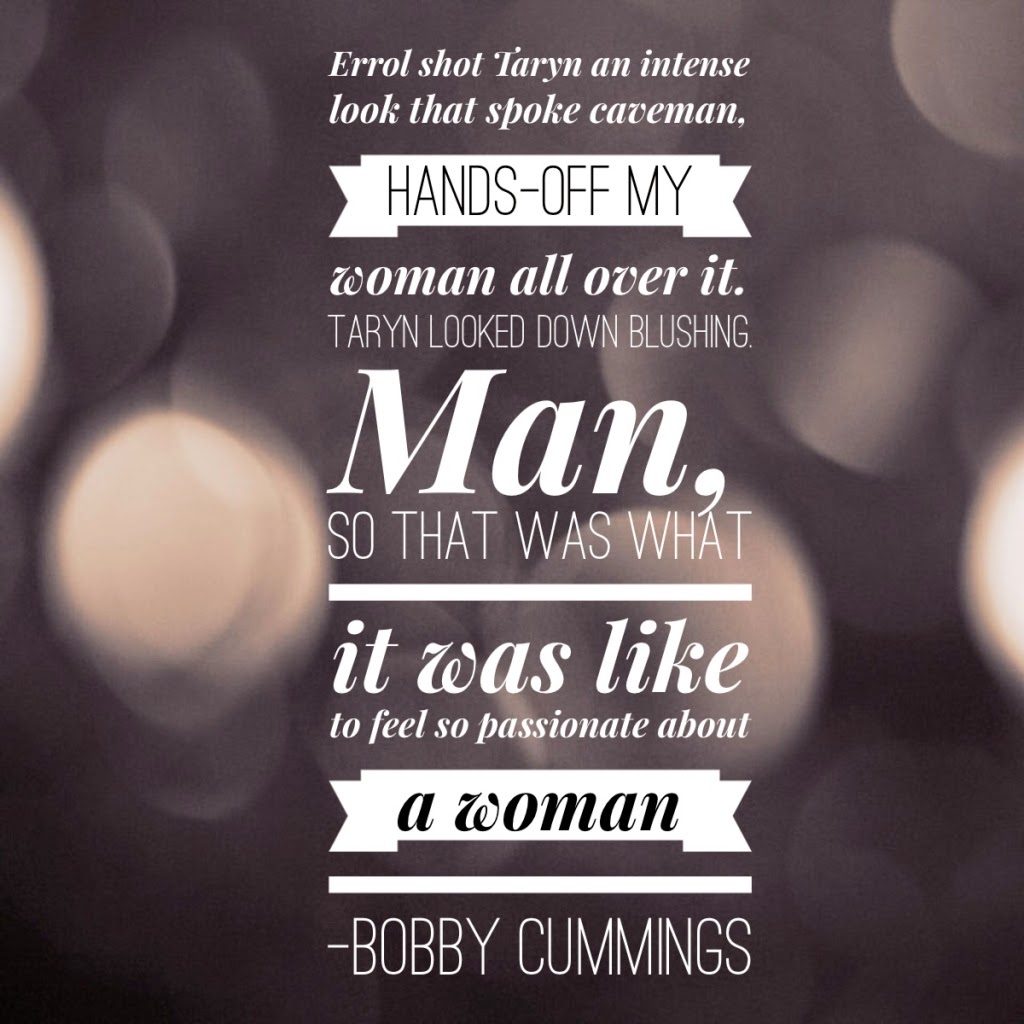 Heat is a spin off of Kailin's Master Chef's Series. Enter to win an ebook set all three, Devour Me, Savor Me and Consume Me!
a Rafflecopter giveaway 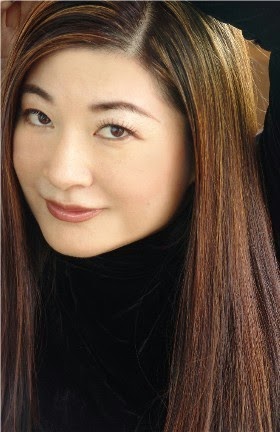 Website     Facebook      Twitter
Kailin Gow's life is sometimes more fascinating and stranger than fiction, which is being chronicled in a feature film based on a treatment optioned and in development for a release date of 2018. (IMDB.com - The Colorful Worlds of Kailin Gow 2018). Her true life experiences as a world traveler where she has traveled to over 25 countries, logging hundreds of thousands of miles, absorbing the cultures and collecting stories relating to places and the romance of the land, and incidents in her personal life, has inspired her to write and publish over 170 books with over 30 series.
She is noted as an indie pioneer, as one of the first to publish in 2001. Breaking stereotypes, her books has crossed traditional and indie lines, gaining recognition in schools and libraries, as well as the indie community. Her action adventure young adult fantasy series, The Frost Series, an ALA YALSA Reader's Choice Nominated book series - had been optioned by an international film company and is currently in development as a game and a film athttp://www.facebook.com/thefrostseries. Five of her fantasy/action adventure series have been optioned to be made into worldwide games.
Kailin Gow has been known in The World Journal, an international newspaper, to be a phenomenon. She was profiled on the homepage of Amazon.com as an Author Success Story who overcame personal obstacles to become a bestselling author, appeared as one of Amazon's top authors for the Kindle Fire launch release, and is one of the earliest indie authors who have sold over a million books. She writes for Fast Company as a publishing expert, had appeared on a major network Television News as a bestselling author who writes fiction and non-fiction with a social conscious, and has made speeches and appearances across the U.S. and on top 15 national radio regarding self-esteem and issues relating to women.
Kailin Gow was an invited speaker and signing author at Book Expo America (BEA)2014.
Having experienced bullying firsthand and slander as a woman, Kailin Gow is an active advocate against bullying in the workplace and in schools. She has written Shy Girls Social Club Handbook Against Bullying and has helped launch Stories for Amanda where all proceeds go towards the Amanda Todd Foundation against bullying. She has written several books with the theme of abuse towards women and children, especially the steamy international bestselling The Protégé Series, which launched a book club initiative in battered women's shelters and won The Indie Excellence Awards at NIEA for Erotica in 2014.
She holds a Masters Degree in Communications Management from The University of Southern California, and degrees in Drama and Social Ecology.
She resides in the American West with her husband and daughter, but had lived for a decade in Texas, and briefly in England. Besides being a full-time author, she volunteers for many organizations, is active in church helping build homes for the homeless and visit orphanages. A voracious reader, when she is not writing, she loves reading an entire series in one sitting! She spends way too much time on Facebook than she is supposed to athttp://www.facebook.com/kailingowbooks, but loves meeting new people from all walks of life.
She has over 30 Series, written under Kailin Gow, and more under her middle grade, women's fiction, and mystery pen names:
***For 16 and up***
The Frost Series - COMPLETED. Bitter Frost Series Consists of 8 full-length novels.The Wolf Fey Series - COMPLETED. Consists of 2 full-length novels and one novella.Fairy Rose Chronicles - age 13 and up.The PULSE Series - Next Book - Blood Ring (PULSE #9), releasing due to readers' demand to continue the series. Consists of 9 full-length novels and one novella.FADE Series - COMPLETED. ALL Full-length novels.DESIRE Series - All Full-length novels. Last Book, FRENZY - 2015.Fire Wars Series - All Full-length novels.Alchemists Academy - All Full-length novels.Wordwick Games - All Full-length novels.Wicked Woods Series - COMPLETED. Consists of 5 full-length novels.Steampunk Scarlett - All Full-length novels.The Phantom Diaries - All Full-length novels. Last Book, DARK VICTORY - 2015.Stoker Sisters - All Full-length novels. Last Book, SISTER OF THE STRIGOIS - 2015.
Beyond Crystal River - 2015 NEW SERIES.
SHADES - 2015 NEW SERIES. This is a high concept psychological thriller.
***For 18 and up (New Adult/Coming of Age)***
Loving Summer - All full-length novels.The Donovan Brothers - All full-length novels.Saving You Saving Me (You & Me Trilogy)- COMPLETED. Consists of 3 Full-length novels.Never Knights - COMPLETED. Consists of 3 Full-length novels.Rock Hard Love Hard - 1st book, Rock Hard Love Hard is now Available.
Sawyer House Chronicles (Spin-off of You & Me Trilogy) - Coming in 2015Canvas - Coming in 2015
***For 18 and up (Adult/Steamy Romance)***
The Protege - COMPLETED. 3 Full-length novels.Master Chefs - COMPLETED. Consists of 3 Full-length novels.The Blue Room (Spin-off of Never Knights Trilogy) - Romantic Suspense.Barely Legal (Spin-off of The Protégé) - Romantic Suspense.The Oyster House - Artistic Romantic Thriller set in Hong Kong and England.- Coming in 2015.
For information on the series, new series and new book releases, contests, appearances, KG-Convergences, and more, sign up at http://www.KailinGowBooks.com.
Posted by Unknown at Thursday, October 09, 2014 No comments:

Mercy is no friend of mine. Karma, she has yet to show kindness to me. The hits just keep on coming for Tessie Marie Harlow. She has never had an easy life. Her mom disabled, her dad long gone, and a single mom raising a rambunctious little boy, that’s Tessie’s world.

Her childhood aspirations to be a nurse long since disappeared after a college spring fling both blessed and burdened her with a baby boy. Dropping out of school, she returns to her hometown and begins to settle in. Getting the only job she could as a bartender she spends her days caring for her son and nights serving the Hellions Motorcycle Club and their affiliates.

Tired of waiting for Rex to grow up, she’s faced with the bane existence of her life until one night changes everything. In the darkest hour of her merciless ride through life, she’s saved by a quiet, laid back Hellion. Andy ‘Shooter’ Jenkins has always been around.

Too wrapped in Rex she has never really noticed him before. He has never been loud or known to have the girls hanging all over him. He is a mystery. A chance encounter brings him to her rescue not once but twice. The Desert Ghosts Motorcycle Club are in town and bring their own brand of chaos right to Tessie’s door.

Forced into her day to day life, Shooter is doing everything he can to shelter and protect her as lines are crossed and a war between two clubs begins. Secrets revealed putting two brothers in the Hellions Motorcycle Club at a serious crossroads in their lives.

This is not a ride for pleasure.

Mercy has never once shined her grace down for these two, but in the midst of the danger and lies can they learn to rely on one another and ride it out together?

I was provided a copy of the BOOK BY

the Author for an honest review.WOW HOLY GOODNESS, I just finish reading this BOOK

so far, I am gone tried to keep this short since I don't want to give anything away.If you had read ONE RIDE and FOREVER RIDE that's where me meet Rex and Tessie, in this book we finally get to know about their history, and the secrets about Tessie, and the dreams that she had before she met Rex, and the reason why she end up working as a bartender.The story begging with Tessie, she is on the way to pick her son Axel up from her mothers house, when her car decide to break down on her, is two in the morning and she don't know who to call, thinking of calling Rex she decide to call Doll, after talking to Doll and Doll letting her know that Rex was gone pick her up, she prepared herself to face him, but when she seen the TOW TRUCK

and the driver getting out, she was to expecting for it to be Andy ( A.K.A.) Shooter. Now Shooter is the one that she had always seen seating at the corner in the bar, always by himself, she was surprise to act the way her body was reacting to him, she did not know where the shy woman came from, after Shooter dropping her home and giving her his card, she couldn't stop thinking about him, the next day while Tessie was spacing out there was a knock at her door, for her surprise it was Shooter letting her know that she could stay with his car into her car got fix.Now few days later Tessie is working, and she had closed the bar down while being in the stock room she gets hit with something, she goes through an accident that change her life, after the MC find out about what has happened, Shooter have Tessie her mom and her son Axel move in with her, but what Tessie was not expecting was to fall hard for Shooter.I love the way how Shooter is with Tessie, I love it how he know when she is about to have a panic attack and he calm her down, I love how he take care of Tessie, I really love and enjoy reading this book, Author Chelsea Camaron THANK YOU ONCE AGAIN for this AMAZING characters and this AWESOME book love it. Cant wait to read the next book.

Chelsea Camaron was born and raised in Coastal North Carolina. She currently resides in Southern Louisiana with her husband and two children but her heart is always Carolina day dreaming. Chelsea always wanted to be a writer, but like most of us, let fear of the unknown grab a hold of her dream; she realized that if she was going to tell her daughter to go for her dreams, that it was time to follow her own advice.

Chelsea grew up turning wrenches alongside her father, and from that grew her love for old muscle cars and Harley Davidson motorcycles, which just so happened to inspired her ‘Daddy’s Girls’ series. Her love for reading has sparked a new love for writing and she currently has a few more projects in the works.

When she is not spending her days writing you can find her playing with her kids, attending car shows, going on motorcycle rides on the back of her husband’s Harley, snuggling down with her new favorite book or watching any movie that Vin Diesel might happen to be in.

She hates being serious and is still a big kid at heart. She is a small town country girl enjoying life and, Chelsea hopes that her readers remember not to take life too seriously and to embrace your inner five year old, because five year olds know how to enjoy the simple things in life and how to always have fun.

Posted by Unknown at Thursday, October 09, 2014 No comments: