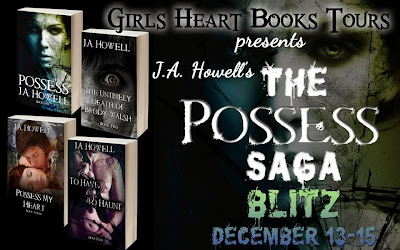 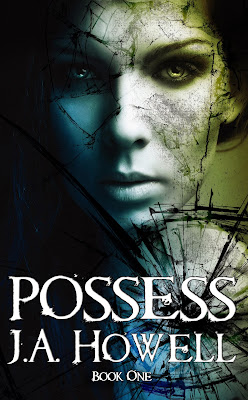 Stumbling off the bus in Midtown, Harley Martin thought she found an escape from her old life.

She soon realizes it was anything but that.

Low on cash and options, she manages to find herself a cheap but surprisingly nice apartment. The catch? The last tenant, Brody Walsh, killed himself.

As disturbing dreams and hauntings start to occur, Harley realizes there may be much more behind the previous tenant’s death than a simple suicide. She finds her life further entangled with his when she learns that her new boss, Nolan, was also his best friend. Could this handsome but evasive pub owner have something to do with Brody’s death?

Trying to piece together the events surrounding Brody’s death proves to be a daunting task, but Harley can’t give up. Brody won’t let her. He is still in the apartment with her, trapped in limbo until she finds his killer.

But he’s not waiting for revenge. 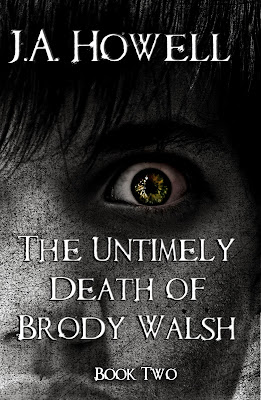 The Untimely Death of Brody Walsh
The Possess Saga # 2

Brody Walsh’s life is left in disarray when his girlfriend is found brutally raped and murdered. But it completely shatters when his best friend, Nolan is arrested for the crime.

Even as the media is portraying him as a monster, Brody knows Nolan isn’t capable of murder.

That leaves the question: Who is?

Once the trial begins, Brody discovers just how little he knew about his girlfriend, spurring him to dig into her past for possible answers. And as Aggie, his long time confidant and childhood crush, stands by his side through all of this, he finds his own past resurfacing when his feelings for her reignite. But as the media and the prosecutors close in on Nolan, ready to convict him for a crime he didn’t commit, Brody will be forced to make a choice.

A choice that will lead to his untimely death. 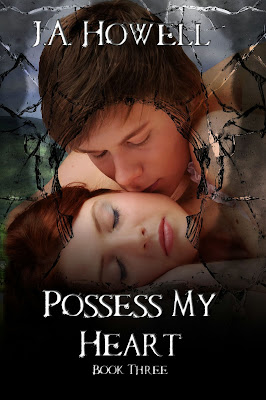 Possess My Heart
The Possess Saga Book # 3
By J.A. Howell
"You can't leave me because I'll only ever love you."

What was supposed to be a final goodbye turned into one last piece of unfinished business for Brody Walsh.

As long as Aggie Walker's heart still belongs to him, he's destined to remain in limbo, watching over her.
But when her family decides to send her to Scotland for the summer and she meets Camden MacTavish, it seems despite their constant head-butting that there may be something more between them.

That is, if she is willing to let Camden in.

As Aggie finds herself torn between her lover lost and her lover anew, it becomes clear that she cannot hold on to both. If she decides to let Camden into her heart, she will have to let Brody go. And if she can't let Brody go, she risks losing Camden-and a second chance at love. 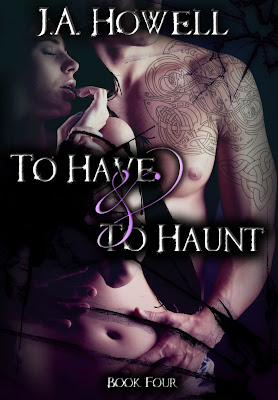 Ghosts aren't the only thing that can haunt you...

Nolan and Harley have been in paradise for the last year, head over heels in love. When Nolan proposes and they find out Harley is expecting, it seems they both will have everything they ever wanted.

Nolan’s kept the horrors of his past locked away. After all, he has Harley and Finley’s Pub is doing great. None of it matters anymore, right? But when the news of nuptials and babies has the opposite intended effect with his estranged mother, the ghosts of his past come rushing back, and the memories of them are terrorizing him nightly. But he can’t tell Harley. On the verge of marriage and parenthood, Nolan must figure out a way to deal with his past, or let it consume his future with Harley.

Harley’s always known she wasn’t normal. Seeing Brody’s ghost only confirmed that. But now a killer is on the loose in Midtown and she’s having visions of each victim’s death. Will she be able to help them and accept just how different she truly is? Pregnant, engaged, and contending with an overbearing mother-in-law, Harley isn’t sure she can take on the responsibility and the future laid out in front of her.

They say love conquers all. But as Nolan and Harley struggle with their own secrets, will their love be enough to keep them together?

Or will the things that haunt them finally tear them apart? 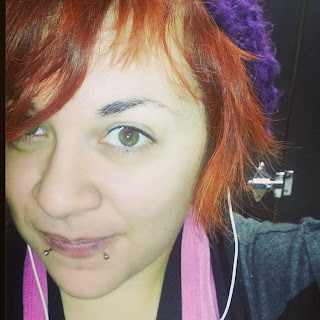 About the Author-
J.A Howell is an office drone by day, and a writer by night. Her love of writing took off when she was eleven years old and decided to fill a composition notebook with stories to read to her friends. Many years (and notebooks) later, not much has changed. She still loves writing and sharing her works with others. When she isn’t writing, she can often be found trying her hand at whatever artistic pursuit strikes her fancy. J.A. Howell resides in Apopka, FL with her husband and their menagerie of animal children.