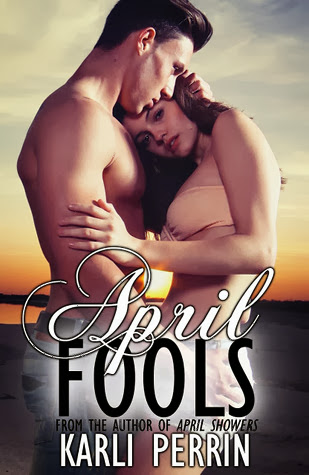 Love. Hate. Fear. Fate.
All four letter words.
All consuming.
Naked to the eye, they have the power to control the heart and destroy the soul.
April Adams is about to experience them like never before.
When everything in April's life goes up in smoke, she is faced with some life changing decisions.
Join April as she continues her journey of love and loss. 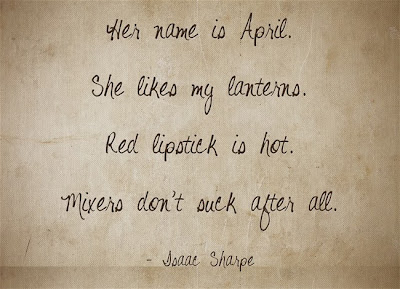 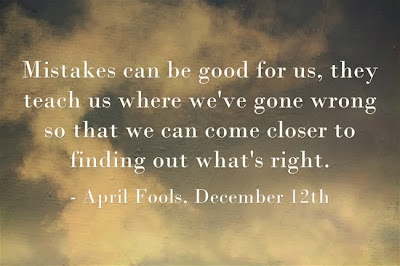 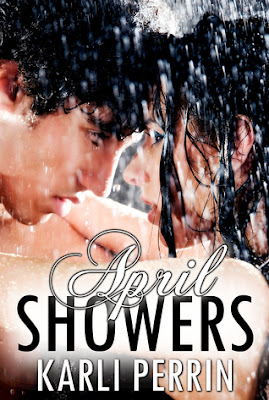 What happens when your head and your heart pull you in completely opposite directions?
April Adams is about to find out the hard way.
When April enrolls at Manchester University, it feels like a whole new life. New city, new house, new friends...new crush.
Isaac Sharpe is the hottest guy on campus - with an even hotter reputation. After a chance meeting, April quickly finds herself wrapped up in all that he is. But what if all that he is isn't what it seems?
Caught up in a battle between what she wants and what she thinks she needs, April meets Lukas Roberts. Lukas is the security blanket that she craves so desperately and she finds solace in their friendship. But what happens when she finds more than she bargained for?
April has always been a big believer of fate, but will she learn that she's in control of her own destiny before it's too late?
Join April as she embarks on a life changing journey of love and loss, which will have you laughing and crying until the very end. 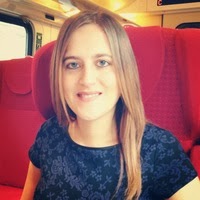 Karli Perrin is a 25 year old English Language & Linguistics graduate from Manchester, England. She has always been a big lover of books and was inspired to write her own - April Showers.
She is a big believer of fate and is a sucker for a happy ending. She truly believes that there is a reason why you are reading this right now (apart from the fact that you are awesome!)
Her ultimate goal in life is to live in a house made entirely out of books with her best friend, who also happens to be her fiancé.

April Fools by Karli Perrin
My rating: 5 of 5 stars

Wow I just finish reading this series and I love it, but I cant say Wich one I love the most, either this one or April Shower they both are great books, I love the old characters and the new characters.I love how this book was the perfect ending to this series.

I really enjoy reading this story, love it how each character has a life of its own, and you really get to feel it once you reading.

April made her choice between Isaac and Lukas, and now all she wanted to do was to concentrate on her school work and on her new relation ship, and on trying to trust Lukas again and gain her best friend back.

After a horrible accident, that left Lukas in the hospital, and April without a house she agree to stay with Isaac, into she found a place to leave, Isaac and April had a wonderful day together, until his mother call and gave him a news that him or April where not happy with, that's when April decide to take Lucy offer to move in with her, On her first day back to class April found out that Lukas was out of the hospital and she did not know ho to react to that, after a long talk with Lukas she knew that their friendship could start all over again.

On the second day of class April found out that her brother was waiting for her, Brody decide to stay with for few days, I love the way that Brody and Lucy act with each other, April notice that too and that's when she though she could hide her relationship with Isaac from her brother, but that did not work out, once Brody met Isaac he knew that they had feeling for each other, and April did was happy that she did not need it to hide it from Brody.

While April and Isaac relationship grow stronger other people was trying to keep them apart, but I am so glad that didn't work I love it how Isaac always said it from the beginning that April was the one he was gone married. And love it how he always give her a piece of paper from his journal showing her how much he love her and that he will never give up on her that he will always fight for her.

I really enjoy and love this book, and I hope that once you read it that you will feel the same way this is a beautiful series.

Once again I just want to say Author Karli Perrin THANK YOU for giving me the chance to read and fall in love with this series. I cant wait to read more of your book.

April Showers by Karli Perrin
My rating: 5 of 5 stars

first let me just say that this is the first book that I read from this author.

I just finish reading this book, and I have to say I love it, from the first page to the very last, I love the characters and I love how it turned out to be, and now I just want more, this story is not what I was expecting at all, I have to say that it is really refreshing from what I usually read.

April is a young woman who just move in to a new house and a new town and new university. what she did not expected was that her life was gone change for ever, and that she was gone be into an emotional roller coaster, while her heart was telling her something her head was telling her the opposite. I love the choice that she pick at the end.

The story begging with April running late to her first class, on her first day of school, while she was running she was not watching where she was going, into she bump and fell on the mood in the arms of Isaac, once she saw him she couldn't get him out of her head, that same morning she agree to meet with Isaac the same time the same place, by her agreeing with him she was now running more late, once she got to her class and she found an empty seat next to a nice man, that's when she met Lukas and they became friends.

That same night she agree to go with Lukas to the mixer party, what she was not expecting was to find Isaac their as well, lets just say that they had a wonderful time together, that's was into the next day of school she had to go meet up with her tutor. and lets just say that change everything.

For the next couple of weeks she became best friends with Lukas, but at the same time she couldn't get Isaac out of her head. I love the way they act with each other when they together and love it how crazy they make one another, I just really enjoy and love this story.

I hope that once you read it you get to enjoy it and love it as much as I did.

Author Karli Perrin THANK YOU for giving me the chance to read this awesome book and for introducing me to this amazing characters.