Save Me From Myself by Stacey Mosteller

Title: Save Me From Myself (Nashville Nights #1)

Lyric Hayes spent the first 22 years of her life trying to be the perfect daughter and the perfect girlfriend. After a tragedy and her fiance’s betrayal, she's running. Starting over far away from the person she used to be.
She's made herself a vow - no relationships. She's trying to heal, not complicate her life further. David Pearson has it all. Confidence, awesome friends, successful business. But, David's dealt with loss too. He knows better than anyone not to judge by what's on the surface. Drawn to Lyric despite her inability to trust, he'll do anything to own her heart. Will secrets and misunderstandings send Lyric running again? Or will David finally save her from herself?

5 Stars
***** I received an ARC copy for an honest review *****
This is the first book that I read from this author.
Wow I just finish reading this book, and Holy Smoke Love it, I couldn't put the book down once I started to read it, I love the characters and love everything about it, cant wait to read more of this series, I am gone keep this short cause I don't want to give anything away.
the story begging with Lyric, she was few months away from graduating, the night that she was gone have diner with her current boyfriend Matt they got into and fight, that was the night that change her life, after that night six months later she found herself driving to Nashville to move in with her best friend Anna. that night after settling in Anna took her out to meet with some of her new co-worker. That was the night that she met sexy hunk David.
David own a bar called Drench, and his also the bartender, after that night Lyric kept running into him, and David did everything to flirt with her, I love they way these to characters are with each other. love it how David is straight forward with Lyric, and love it how he make her say what's on her mind, love it how their relationship developed and how they always doing things for each other, love the chemistry that they have and how they get alone with everyone.
I really enjoy reading this book, Author Stacey Mosteller THANK YOU for introducing me to this awesome characters and this amazing book. cant wait to read more of your book.

I watch him as he walks away from me, realizing that even though I’ve only known him a couple of weeks, I’m falling in love with him. So much for that “no relationships” vow I made before moving here. He’s stomped all over it. I just hope he doesn’t stomp all over my heart.
Anna’s arm wraps around my waist, startling me, and she looks as me with narrowed eyes. “What?” I ask her.
“You have total sex hair. Did he screw you into the wall? Or was it his desk?” She is completely serious, and my hands fly up to check my hair.
“I do not have sex hair, Anna!” I respond as I glare at her. “Besides, there was no actual sex. Against the wall or otherwise.”
She fixates on the word “actual”, practically yelling in my ear, “That means there was something! Come on, you have to tell me what happened! He was staring at you from the bar while you were dancing, and I swear, I almost flooded my panties!”
Jesus Christ, this girl is crude! “Anna! What the hell?”
“What?” she asks, trying to look innocent, “You know he’s freaking sex on a stick! Especially when he’s looking at you that way. I wish a guy would look at me like that.”
“Like what?” I can’t believe I just asked her that. I’m not sure I even want to know. Oh, who am I kidding, I desperately want to know!
Anna rolls her eyes, she knows exactly what I’m doing. “Like you’re every birthday and Christmas present he never thought to ask for,” she sighs. My smile is huge because that’s exactly how I feel about him.
“Sometimes, I don’t know how he can be real. He’s pretty much the perfect guy, Anna. How could he possibly want me?”
She just looks at me. “You’re so stupid, Lyric.” I stiffen, but she continues, “Why wouldn’t he want you? You’re funny, smart, loving. The list is pretty much endless. He’s be crazy not to. And he doesn’t strike me as crazy.”

David looks up to see us both staring at him and raises an eyebrow. Anna just grins and waves. He smiles back, then, shaking his head he goes back to helping customers at the bar.

I am a 32 year old wife and working mom to 3 boys, ages 15, 13, and 8! After spending the first half of my life in a small town outside of Philadelphia, PA, my parents moved my brother and I to another small town outside of Greensboro, NC. I moved to Hickory, NC after marrying my husband. We dated a total of three months before getting married, and we’d known each other for a total of six! People thought we were crazy, but 2014 marks our 10 year anniversary, so it obviously worked out! I’ve always been a huge book lover, even though I hated doing book reports in school! I could never figure out the main idea, but I could quote the book word for word. Back in 2012, I found Fifty Shades, and after staying up all night one Friday to read all three books, I was hooked! I started a book blog, and kept reading everything I could. Then, I found Fallen Too Far by Abbi Glines, and couldn’t stop reading. My husband told me that I should write my own book since I was spending so much on Kindle books – by June, I’d read over 500! – and after blowing him off for a few months, I decided to try to write the story I kept seeing in my head. I had an idea for a story about a girl who’d been raised by her brother, but when I started writing, the brother of the main female kept taking over, to the point I was writing things in his POV instead of hers, so I shelved it, and started writing Save Me From Myself instead. I finally told a few fellow book bloggers about my story, and they started encouraging me to finish it, so here we are! It’s been an absolutely insane ride, and I can’t wait to share these characters with everyone! 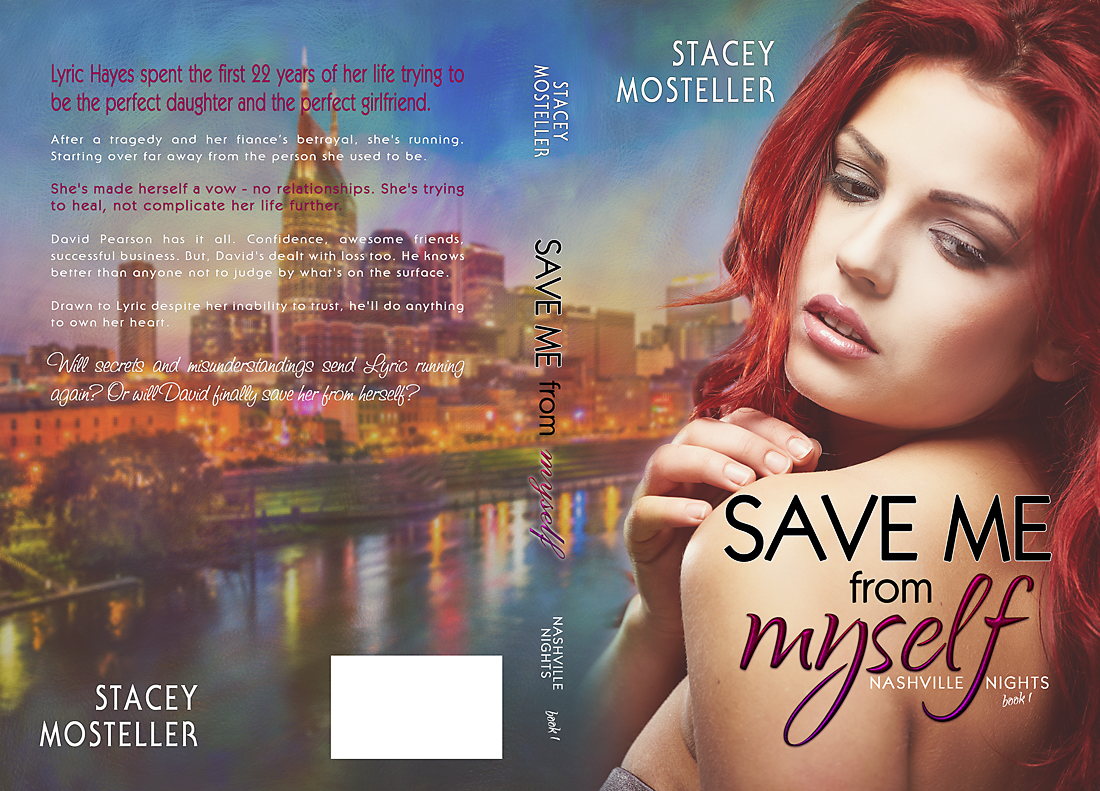 
Hosted by Between the Sheets Promotions