Hosted by: Love Between the Sheets Promotions

Romance has met its most unlikely match-up… Luke Bradford is a chocolatier on a mission. After moving his chocolate shop, and newly single life, to the quirky town of Cactus Creek, Luke wants nothing more than to devote all his energy into making his business a success—by taking the romance market by storm. But his grand plans get thrown for a loop when he locks horns with the feisty beer-brewing beauty next door who calls his ‘romantic idealism’ a load of fairytale bull. Soon, driving the woman sparking nuts becomes another wickedly fun priority he simply can’t get enough of. In his defense, she’s addictively easy to incite…and plain impossible to resist. Beloved local brewmaster Dani Dobson is beyond riled up. It’s bad enough the new shop owner in town comes locked and loaded with both a distractingly rugged charm and sexy flashing dimples, but the whole only-in-the-movies variety of romance he’s selling—the kind her world has been crushed by before—is really doing a number on her allergy to unrealistic clichés. What’s worse, he’s created an annoyingly clever ad campaign that dubs ‘beer joints’ like hers as the “cave where romance goes to hibernate.” The nerve of that man. Combustible chemistry or not, damn it, this means war. The stakes…very likely, her heart. 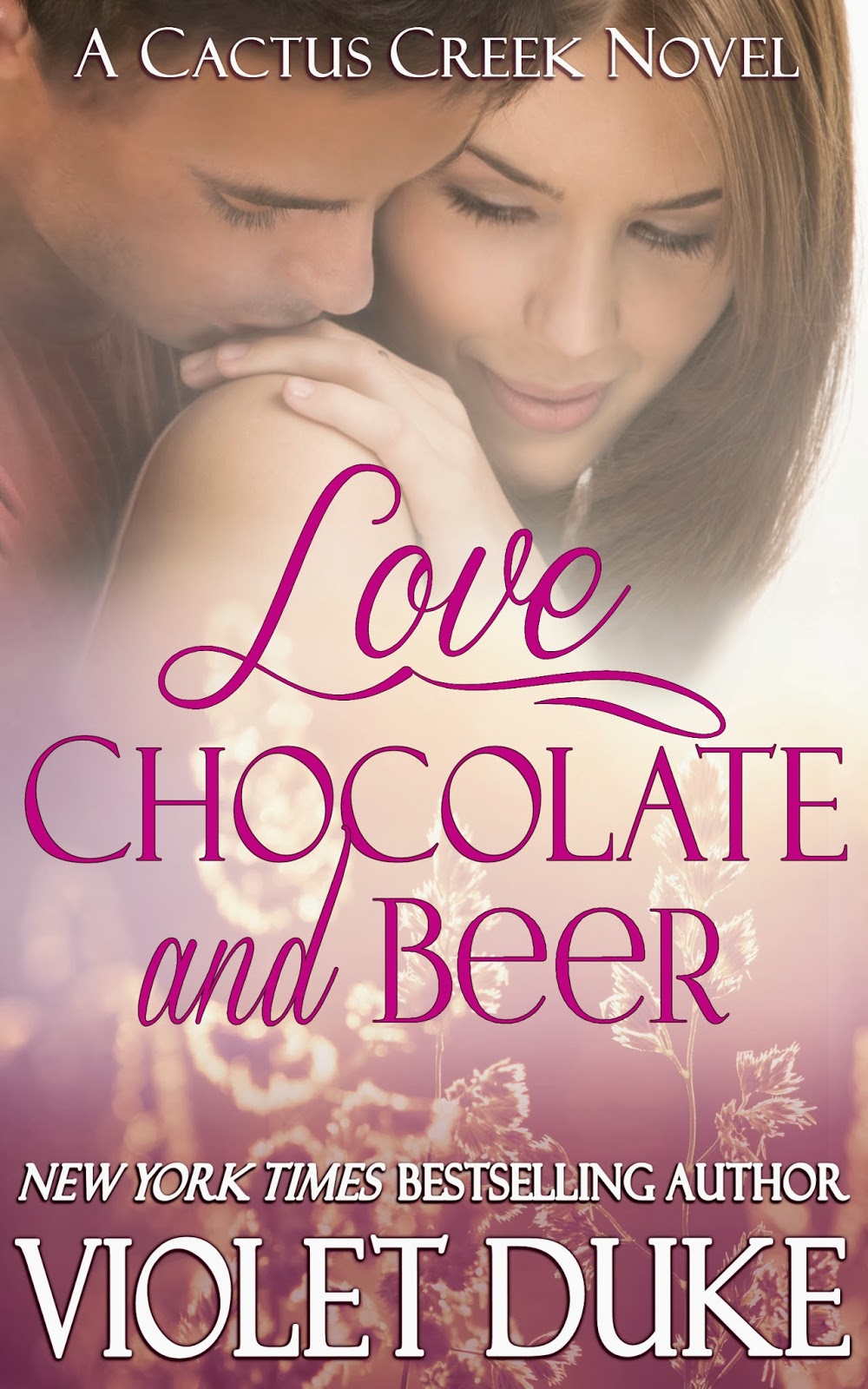 “Don’t you dare laugh at me, you ass!” “I wasn’t laughing. I was smiling.” The glare Dani shot him could’ve leveled a city. His hand halted an inch from sliding into her hair again, or rather, an inch from her now fully visible teeth. “Why do I get the feeling biting a hunk of flesh out of me wouldn’t be beneath you”—Luke blinked, fascinated—“Did you just growl at me?” While he was now showing her the same caution one would a feral cat, his heated gaze said he found her ferocity inexplicably sexy. “Yes, I was smiling about your drought; so sue me. I like the thought of you not remembering any kisses but mine.” His eyes roamed her face. “To hell with it, I don’t need all ten fingers…” He caressed her cheek and she felt her eyelids drift closed at the touch. “Dani, you in there?” bellowed Javier, one of her cooks from the kitchen. “Can you bring out the—” His severed request morphed into a muffled howl, a high octave just below soprano. “Never mind,” he reneged in a squeaking gasp of male agony shortly after. Dani winced, recognizing the audible footprint of Xoey’s handiwork. The mental image of Xoey de-balling poor Javier threw Dani back to the here and now. As reality rushed in, she could once again hear the bar noises sifting in under the door, smell the savory aromas from the grill, and see—even in the semi-darkness—that she’d been minutes from rounding a few of the bases with a perfect stranger. Avoiding his eyes, she fiddled with her bar apron. “I should probably get back to work.” “Right, of course.” He stood and helped her up. “Sorry, I never lose my head like that. Not sure what’s up with me...huh, that sounded a lot dirtier than I intended—” He stopped and grinned when a ripple of amusement tinkled past her lips. She couldn’t help but chuckle. This was fun; he was fun. As she rolled the liquor cart to the door, Dani racked her brain for a sexy comeback to keep the banter going. Not exactly her forte. Luckily, she was saved from making a conversational ass out of herself when he abruptly stepped in front of the cart and said, “I know you have to get back out to the bar but I’ll never forgive myself if I let you walk out this door without getting you to agree to have dinner with me.” He cringed in sheepish male hindsight. “Though I’d probably settle for at least getting your name.” Right, names. Or the lack there of, in their case. The whole reason she’d stopped kissing him to begin with. She stuck an awkward hand out in belated greeting. “My name’s Danica. But everyone calls me Dani.” He intertwined his fingers with hers and drew her in close, turning an awkward moment into an insanely sexy one in a few seconds flat. Lowering his head slowly as if to give her a chance to say no, he laid a soft, barely there kiss on her lips when she didn’t. “Nice to meet you, Dani.” His two dimples flashed as he said her name. “I’m Luke.” Their magical, movie soundtrack moment was interrupted, however, by a dread-filled, hushed voice on the other side of the door. “Dani?” Javier’s whisper was tinted with panic. “I’m really sorry but we need to get more coriander.” A low murmur joined his. “And cooking tequila too.” Dani screwed her eyes closed in embarrassment and called out, “I’ll bring them out, guys.” She was barely through her sentence when she heard the two of them scrambling away from the door. There was definite cursing in Spanish. Along with some praying. The sound of lethal pointy-toe boots stomping after them was the obvious reason why. “I really ought to get out there,” she groan-laughed. “Cooking with one hand while protecting their crotch from Xoey’s wrath probably isn’t all that safe. Or sanitary.” “As a protective guardian of the same anatomy, and an avid non-fan of any variety of jockstrap cuisine, you have my sincere appreciation.” His earnest look caused another round of mirth to unwind through her. “Just so we’re clear,” he added quickly, “you do know a kiss after a dinner invite is a universal ironclad yes, right?” His tone was matter-of-fact, his eyes adorably optimistic. “That so?” She let loose a grin and tossed out, “Did I agree to anything else?” “Just a few other things I won’t be able to stop thinking about until our date,” he teased right back. She stared at him for exactly one missed heartbeat before that whole bout of temporary insanity she’d been worrying about earlier flared up and caused her to do the most un-Dani thing ever. She tackled him. Well, she sort of just pushed him back into the storage room but in her mind it had been far more primitive. Hands on the ridges of his torso, she tugged him in for one final kiss. And released him a long minute later with a whispered, “I’ll be thinking about those things too,” as she basically floated to the door. “Jesus Christ.” Luke’s tortured breath trailed close behind her. By the feel of the rustling at the small of her back, he was attempting to adjust the fit of his jeans. When that resulted in apparent failure, he muttered in her ear, “You had to wait till after I finally got my soldiers to stand down from earlier, didn’t you?” If there was a complaint in there somewhere, it was altogether undetectable. And Dani was entirely unrepentant.

New York Times & USA Today bestselling author Violet Duke is a former professor of English Education who is ecstatic to now be on the other side of the page writing wickedly fun contemporary romance novels. When she's not arguing with her story characters or feeding her book-a-day reading addiction, she enjoys tackling reno projects with her power tools while trying pretty much anything without reading the directions first and cooking 'special edition' dishes that laugh in the face of recipes. Violet lives in Hawai'i with her two cute kids and similarly adorable husband. Find the latest on her books and weekly giveaways at