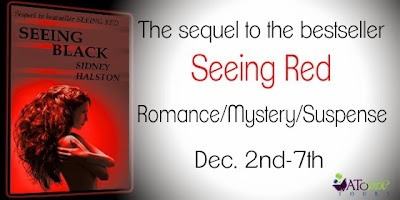 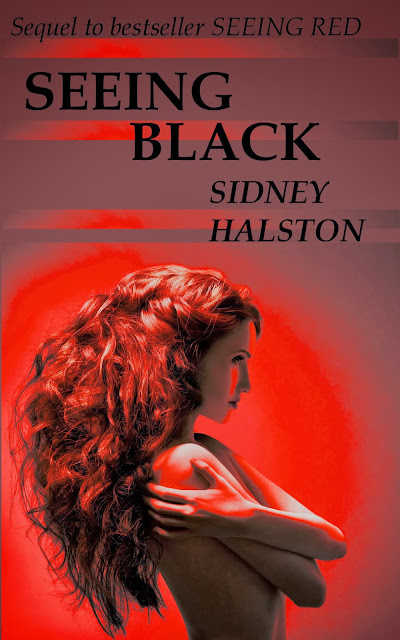 Seeing Black, the conclusion of Seeing Red, continues right where Jillian left off. The love ‘square’ has been resolved, and Jill is finally getting her happily ever after. Just as things are steaming up with her and her beau, her estranged father makes a request that sets her life spiraling out of control into an endless plunge down the rabbit hole.


What will happen when Paul Black, her deceitful ex-boyfriend, reappears into her life to shed new light on her father? Could she ever trust him?   And will Alexander stick by her during the explosive blowup with her father.

Links to the book 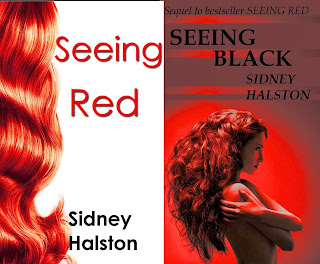 Sidney Halston lives her life with one simple rule: “The secret of getting ahead is getting started.”–Mark Twain. Or even simpler, “Just Do It”—Nike.
And that’s exactly what she did. After working hard as an attorney, Sidney picked up a pen for the first time at thirty years old to begin her dream of writing. Having never written anything other than very exciting legal briefs, she found an outlet for her imaginative romantic side and wrote Seeing Red.That first pen stroke sealed the deal, and she fell in love with writing.
Sidney lives in South Florida with her husband and children.  She loves her family above all else, and reading follows a close second. When she’s not writing you can find her reading and reading and reading. She’s a reader first and a writer second.
When she’s not writing or reading, her life is complete and utter chaos, trying to balance family life with work and writing (and reading). But she wouldn’t have it any other way.

Seeing Black by Sidney Halston
My rating: 5 of 5 stars

Wow just finish reading this book and let me just that I did not wanted to finish it. I want more O.M.G. I am so in love with this series, I love the characters and the ending was perfect. I have to say this book made me cried a little, but I love every single second of it.

Seeing Black pick right up where Seeing Red left off, while I was reading this book my emotions where all over the place, I couldn't think and I just kept trying to guess who really was the BAD guy, and let me just say that every time I though I had the right answer to it, it just throw me to the other way did not know if I was going back or forward, on trying to guess.

After Jillian, Heather, and the twin Oliver & Alexander, when back to Onion island, that's where Jillian was able to make her decision about the twin, that's is also where Heather found some things that is related to Paul Black her ex and her Father, that's when she finally met her father in person for the first time.

When they all when back to Texas, lets just say that everything started to get a little crazy, Alexander became more protected over Jillian after he met her father, made it really clearly that he did not like or trust her father, but Jillian was not looking at it like that, after they had a big fight the first time of seeing each other was back at the classroom, that's when Paul Black came back to Jillian life, and once he found out that she was seeing her father he told her to stay away from him, this the on thing that Alexander and Paul agree to that was also the last time that she got to see Alexander before she when missing.

Let me just say that for the next few month their lives change, Jillian kept waking up without remembering much, Alexander was suffering, and Paul finally came out clean with who he is, Paul started to help Jillian and he also when to the twins and told them everything he new about Jillian father.

What I love more about this story is that Alexander fought and never gave up on finding Jillian. he knew that she was still alive he kept telling everyone that he fill it. love it how you could get to read it from his point of view how much he was suffering and know how much he LOVE hers.

I really enjoy and love this story and I hope that once you read it that you get to love it as much as I did.

And I am gone say it again Author Sidney Halston THANK YOU for introducing me to this amazing characters and this awesome book. Cant wait to read more of your books.

Seeing Red by Sidney Halston
My rating: 5 of 5 stars

First let me just say that this is the first book that I read from this author and I absolutely love it.

Oh Wow I just finish reading this book, and wow don't know what to say, I love the characters love how some of the story is from all the main characters point of view. this book had me all over the place thinking who is the mystery man, and what are the journals hiding, love it how it gives you entry from the journal, that makes you understand more about where they come from and how they got to where they are, I just love the story.

The story with Jillian, having one of her premonition, while she was getting ready to go to Helen funeral, now Helen was the woman that race her and the twins, the twins are Oliver and Alexander, these three grow up together on an island, Helen and Jillian mother and the twin mother where on a plain crash that's where Jillian, that's where Jillian was born, than seven moths later the twins where born too, they live on Onion island for twelve years before they where rescue, now seven years has pass by since they all seen each other, after the funeral Jillian and up inheriting some boxes full of journals they got to see that they where Helen, this journal would answer so many question that she has, after the funeral they spend four more years with out seen each other, but Jillian and Oliver always kept in touch, now that she starting law school she did not expect to see Alexander their to her surprise they are taking the same classes.

That's where the mystery of the teacher Mr. Black comes in from the beginning Heather her best friend and roommate did not like him at all and Oh boy you will find out why.

I love how they act with each other, especially how Alexander and Jillian are so competition with each other but they have chemistry and flirtation and fighting all role up in one big package Passion of emotion.

I really enjoy and had fun reading this book and I hope that you get to feel the same way once you read it.

Author Sidney Halston THANK YOU for introducing me to this amazing characters and this awesome book.