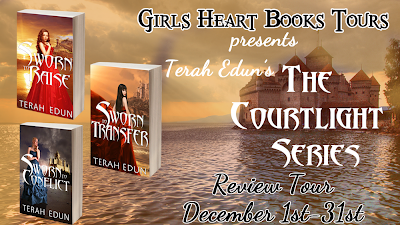 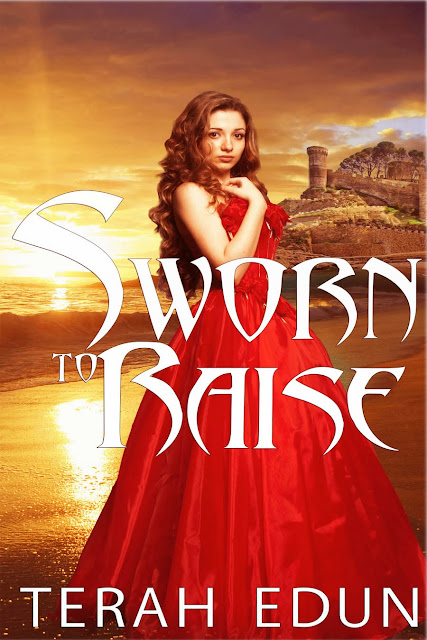 Seventeen-year-old Ciardis has grown up in poverty, a cleaner in a small vale on the outskirts of the empire. But beneath her empire’s seemingly idyllic surface lies a hidden secret. Whispers of an inept crown Prince are growing ever louder—intensified by the five year anniversary of the soulbond initiations.

Amidst scandalous whispers, Ciardis finds herself chosen to train for the Companion’s Guild. She leaves her home and sets off on a personal journey to become a Court Companion. A position she’d never thought possible for a lowly servant to obtain, she must prove that she has the skills to attract a Patron.

But she must master those skills quickly. If the legends are true, only Ciardis can harness the power to raise a Prince in an Imperial Court sworn to bring him down.

**** I received an ARC copy of this book an honest review ****
First let me just say that this is the first book I read from this author.
I really like this book, at first I was a little out of it cause I did not know what this book was about, but I am so glad that I end up reading it I love the characters and how this book turned out to be.
Love the character of Ciardis, she is a young woman who became and orphan on an early age, ever since that she became working as a launder, but with everything she has gone throw, she knows how to take care of her self, She takes nothing from no one, She is a kind hearted soul who just needs a true friend, when she meets Serena, a women of status known as a companion, and she takes Ciardis under her wing to become a companion herself, that's when her world turned up side down, and she start to learned new things about her life and where she comes from, their is a lot going on in this book.
I really enjoy reading it and now I am ready for the second book, I am not gone write no more cause I don't want to give anything away.
I hope that when you read this that you enjoy it and love it as much as I did.
Author Terah Edun THANK YOU for introducing me to this amazing characters and this awesome book. 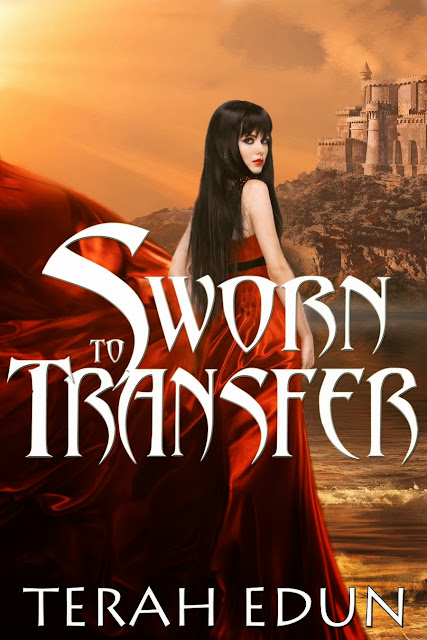 Eighteen-year-old companion trainee Ciardis Weathervane has won the friendship of the royal heir and saved his claim to the throne. Yet her interference in the inheritance rights leaves more harm done than good. The Ameles Forest lies unprotected and its inhabitants are dying.

As humans begin to die in gruesome deaths, the Emperor dispatches the royal heir to the forests with the solution to the kith concerns.

With enemies closing ranks in Sandrin, Ciardis can little afford to leave the city’s nest of vipers to take on a new task. But she’s given no choice when her loyalty to the crown and courts are called into question.

To keep the Companions’ Guild happy and the favor of the Imperial Court, Ciardis will be tested in frightening new ways, especially when she’s faced with an obstacle that could risk the lives of her friends and the family she never thought she had.

This second novel continues the story of Ciardis Weathervane from Sworn To Raise.

**** I received an ARC copy of this book an honest review ****
I cant say which book I love the most either the first book or the second one. I love the characters I am gone keep this short since I don't want to give anything away.
Ciardis Weathervane is now Eighteen-year-old, she is a companion trainee, she begins to learn how to control the magic inside of her, she has won the friendship of royal heir, when she helps Prince Sebastian saved his claim to the throne, she is also trying to learned how to control her magic but once she is trying to do that, and keep interference in the inheritance rights all hell break lose and leaves more harm done than good. I love the friendship that she has going on with Prince Sebastian, and love their attitude.
While reading this book in some part of the book, it just kept me thinking back to the first book, I really enjoy reading this book, I did not wanted to finish I just wanted more.
I hope that when you read this that you enjoy it and love it as much as I did.
once again Author Terah Edun THANK YOU for introducing me to this amazing characters and this awesome book. 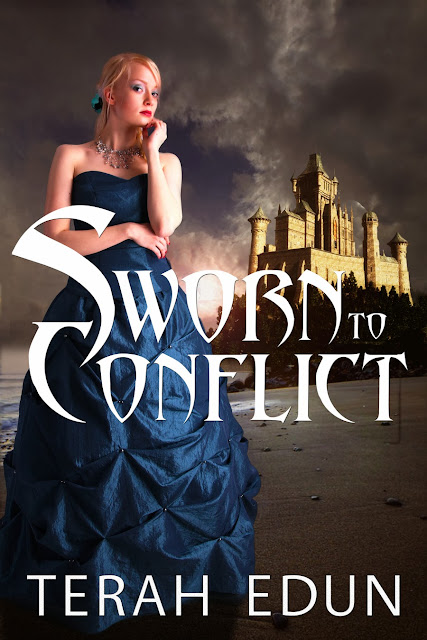 Ciardis Weathervane fought for the living dead and won. But worse than taking on a mass murderer, was her discovery that she had been deceived by her friends. Now she needs to not only fight a war in the North and survive, but also decide where she stands in the midst of competing sides.

A threat to all she holds dear lies in the North and her heart is not the only thing she might lose. A massive army awaits in the mountain pass, surging closer to the gates of the southern lands. Nothing the Algardis army has done so far has dissuaded their march forward and Ciardis finds out that her powers to enhance are needed now more than ever.

As she faces her greatest fears on the battlefields and her heart is torn between her love of Sebastian and loyalty to her family, Ciardis must choose her fate carefully. For in her path, lies the destiny of the empire.

This third novel continues the story of Ciardis Weathervane from Sworn To Transfer.

**** I received an ARC copy of this book an honest review ****
Wow this book is full of surprise, this was not what I was expecting, I love this series and I have read all three books and cant get enough of it. this book jumped right in where the second one left of,Ciardis finds herself in the North, right in the middle of the war, she being unconscious for the better part of three weeks, her mage core being drained extensively. she knows there's something wrong at the warfront, and is determined to find out what it is while simultaneously defending Sebastian, but she realized that Sebastian is not a boy anymore but a man, and oh what's that for, their feeling for each other become more deep throw their bond and their magic complementing each other.
We also get to meet new characters, Ciardis also get to meet her brother, and who his fighting for, Ciadis always felt alone in the world without a family, and the appearance of her brother means everything to her. She's desperate to find out more about him cause they are family and she want's to be closer to her brother.
I really wish I could write more but I don't want to spoil anything.
I hope that when you read this that you enjoy it and love it as much as I did.
once again Author Terah Edun THANK YOU for introducing me to this amazing characters and this awesome book.

Terah Edun is a young adult  fantasy writer born and raised in the Atlanta metropolitan area, who transplanted to the Northeast region for college, and has spent years living abroad in South Sudan and Morocco. She writes the stories that she always loved to read as a young girl. 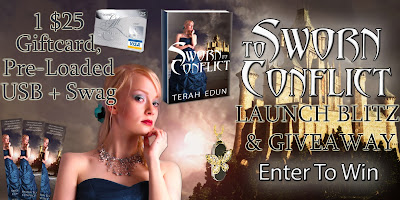